How do you mentor a toddler?

by Trudi BennettPosted in Families

At Educated by Nature we are passionate about mentoring, and weave it through all our programs.

But how do you mentor a toddler? It turns out to be much the same – through deep listening, meaningful interaction and extension through the feedback and the actions we present.

Recently, I was able to spend a couple of hours with my three-and-a-half year old nephew by the river. We sat on the grass in the shade of a tree watching what was happening around us. There was occasional conversation of what had happened in the morning and wondering about strange objects and animals. There was mention of catching fish and playing music, so we wandered to fetch the fishing net and ukulele. We remarked on the heat of the day and what was happening with the crane on the building site. I reflected on how much his vocabulary and sentence structures had improved, making it a joy to have simple conversation. 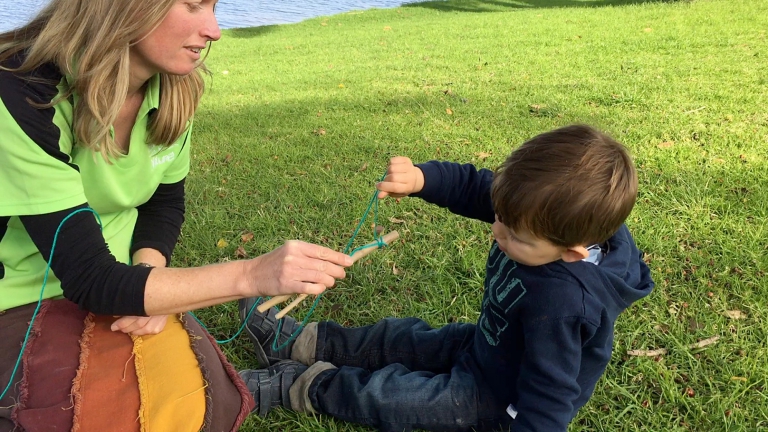 I sat on the small hill watching him net some sand and haul it up to me to create a ‘pie’. Down he went to dig some more, pushing the net into the wet sand and pulling it behind him up the slope. He flung it in the air in various ways to try and empty it with a thump on the grass. I could see that this heavy work was what his body was calling him to do. He was reacting to his instinctive desire to move, motivated by curiosity and creativity but also feeding the energy need of his body.

“Goodbye!” he called every time he went back down the slope, a way to recognise the connection and disconnection cycle between us. I played along greeting him on his return, “How was your day at work? Did you find some good ingredients for the pie?” He gave a big smile at this recognition and invited me to join the harvesting, showing me where to find the best sand and how to walk up the slope.

Each time he entered the water, he went a little deeper, testing both his confidence and my boundaries. Eventually, he ended up laying in the water laughing and enjoying the sensory experience of the sand and warm water surrounding him.

Hauling in ‘the catch’

A mysterious log was spied rolling in the water. This log had a long stick attached which rolled up in the air with the waves then fell back into the sand which stopped it rolling into deep water. He grabbed hold of the stick to pull the log out of the water. It was too heavy so he asked for my help. As soon as I touched the stick, he let go allowing me to do all the work for him.

Although I could have done it myself, I asked for his help and we pulled together. I made sure that my pull was a little less than his. Just enough to make the log move, but not enough for him to think that his effort was unnecessary. I suggested that it might be easier to move it by floating it in the water. He ended up holding on, revelling in the thrill of being towed along. It wasn’t easy though. The log kept rolling from side to side, turning him into the water. He laughed as he used his core muscles, arm strength and balance to find stability.

Up and back and up and back and up and back we went until I called, “Look at the fish!” He leaped out of the water. “It’s OK, they’re really cute. They are small and silver with green stripes. They like to swim together and you can see their shadows on the ground.” “Where, where?” he asked with excitement. We practised walking slowly into the river and standing still watching so as not to scare them, watching with stillness. Until… splash, he discovered that they would scatter and flee if disturbed with an abrupt wave of bubbles and ripples.

A dark shadow moved across the bottom of the river. “Look a turtle,” I called excitedly not knowing if turtles actually live in the river. “Actually, it’s not a turtle, it’s a very big crab. Do you see its claws?” “Where, where?” he called with interest. We watched it glide past. We stood still and were brave as it came close to our toes. The impulse to move or scream was resisted and instead we stood in awe as it moved past us.

“I’m going to get my ukulele and sing a song about the crab,” I say. He followed me up the hill and sat with his drum. “How does this song go?” I asked. “5 little crabs…” he started singing and I joined in following his rhythm, filling in blanks and repeating his words. We change our volume and tempo as we tell the story of the crab which turns into stories of fast cars and then just a story about fast and slow. We swap instruments and sing some more. He puts my ukulele away with respect and takes out his magnetic shapes, creating a
picture of the crab while I sing some more.

There is more playing, more singing, more conversation and more connection until his mum comes to collect him. “Go away Mum!” he states abruptly. Luckily, Mum picks up on the signal that he really means, “I’m having fun, and not ready to go home yet.” She stays and joins in, listening to the stories and singing a song until they must go home.

So much connection can happen in two hours.

Connection that helps us explore fascinating things in nature.

Connection that allows our bodies and creativity to lead.

Connection that helps us engage with each other to internalise what we discover and celebrate the way we are feeling.

This is my wish for you – that you and your child can regularly spend a couple of hours of quality time together, to just be and to just connect. Without thought of any pressing jobs or chores, without guilt and without loneliness or boredom.

I believe that nature is a great catalyst for connection as it directs and pulls us to wonder. It pulls us out of our own thoughts and into the present. 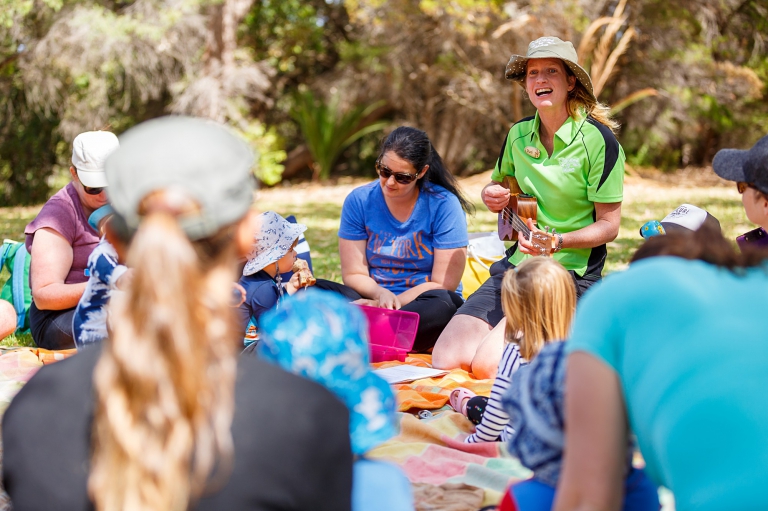 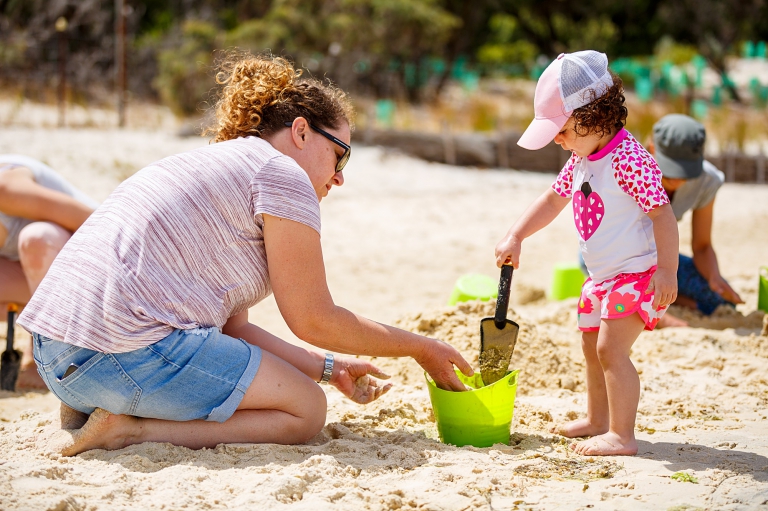 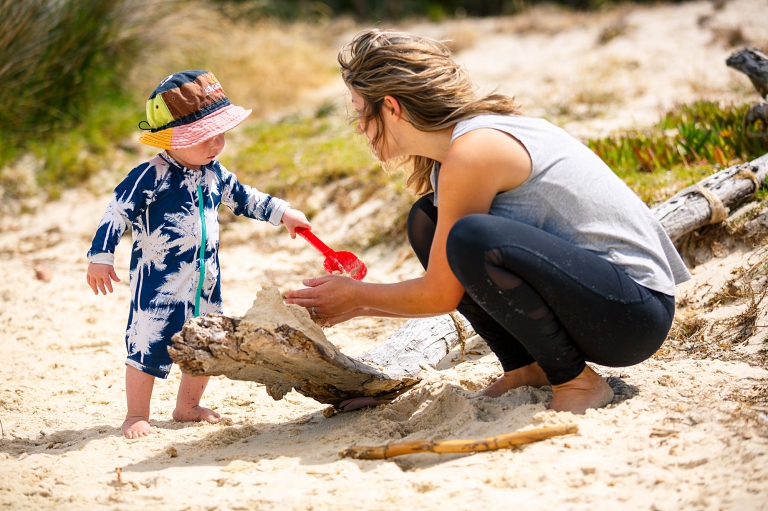 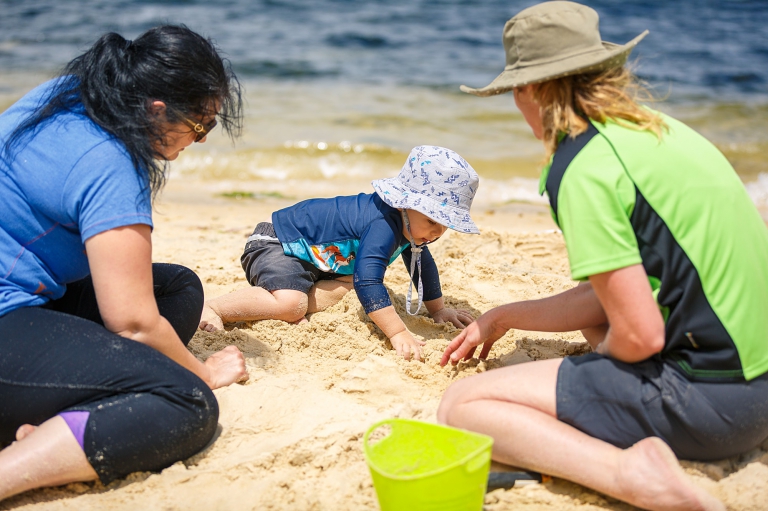 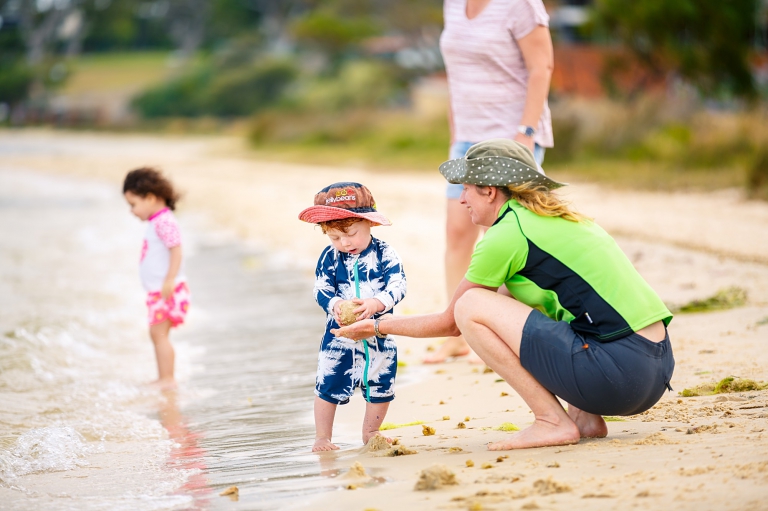 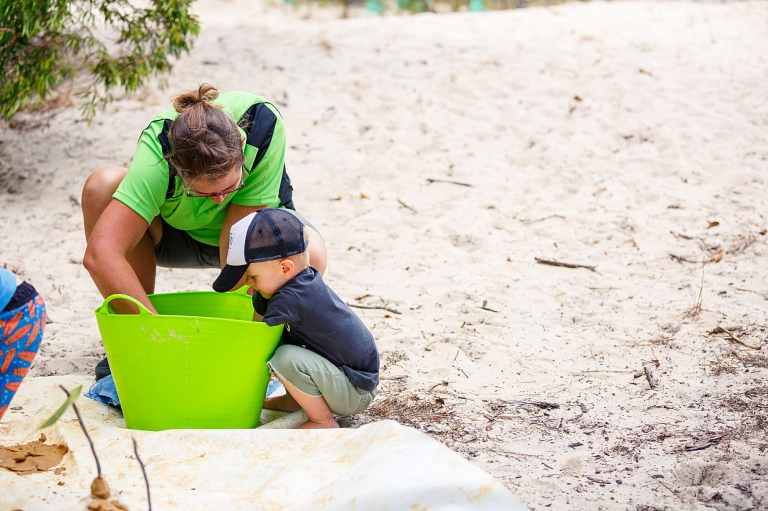 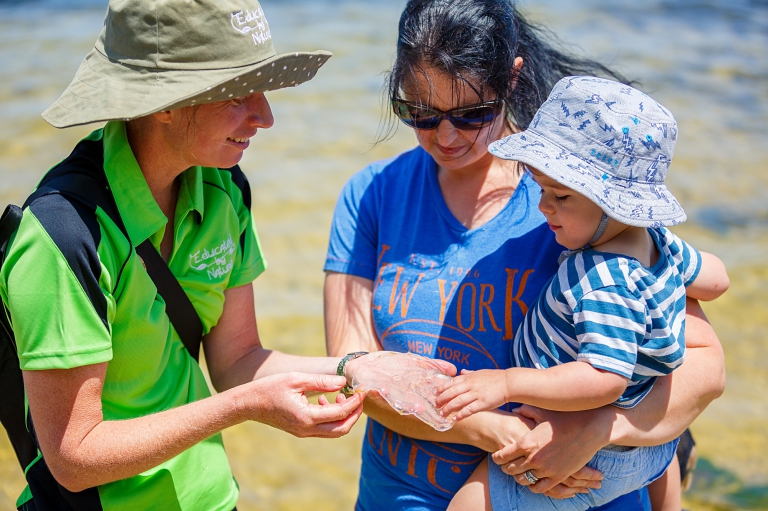 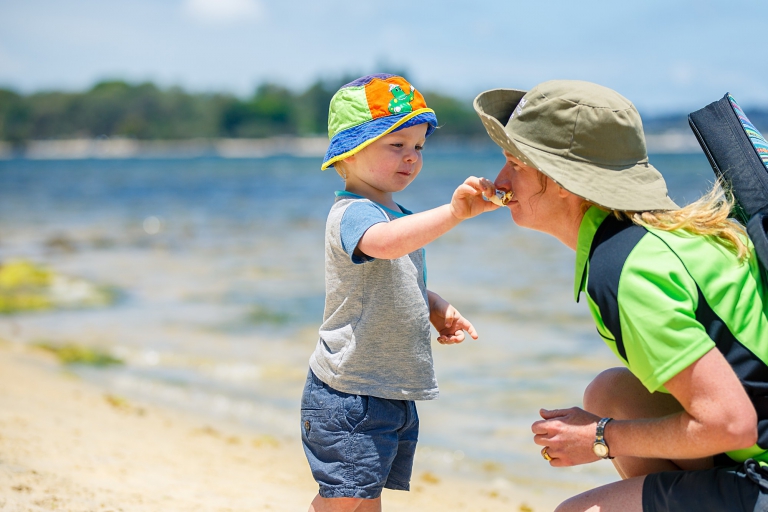 Our Mud Pies Nature Playgroup and Mud Pies Open Days are here to assist you in scheduling that time. We provide resources that may inspire creativity or provide a starting point to exploration, and assist with how to mentor a toddler. There are other families to connect with at the sessions and one of our nature educators to model child-led playwork and mentoring. For locations and upcoming dates visit www.educatedbynature.com/families